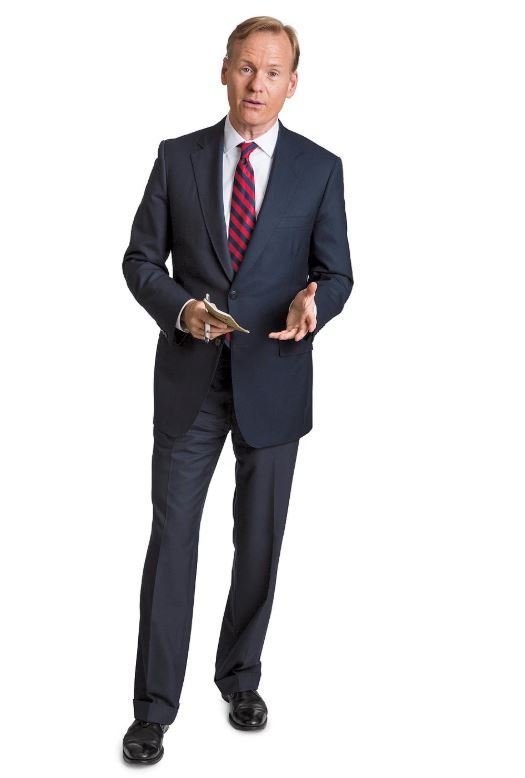 You took over at “Face the Nation” from Bob Schieffer, who is the longest-­running moderator of a Sunday network news show, in 2015. What advice did he give you? He told me to stick to the news. Everybody’s attention is shredded with all kinds of different distractions. You definitely see lots of efforts to reinvent and pitch a new model and redesign Coke, and that leads to lots of strange journalism. It sometimes leads to great journalism, but his advice was to stick to what people want to know.

You’ve interviewed Donald Trump 19 times, including eight times in which he called in to the show instead of appearing live. I think it’s more important to have that news out there, whether it comes by phone or by semaphore flags or by any other method. The last time I interviewed him on the phone, he said that he was open to profiling Muslims. That’s news!

This hasn’t been done for other candidates, though. Hence the criticism that the bar was lowered for him because he’s such a ratings-­generating machine. If the others don’t want to talk, then that’s on them. In a lot of cases, Trump was the only one who would talk on any given Sunday. Talking to the press is not always good. Donald Trump seems to think it is, but most of his opponents didn’t. He was getting more airtime, but he was also the only one who was as available as he was. Is there something about having him on the phone that gives him an advantage? Is he looking at a fact sheet, and people can’t see? Or is there something in his facial expression that they’re missing? For him, that’s not as much a concern as it would be for another candidate.

What has been the toughest, most uncomfortable question that you’ve asked? When I interviewed John McCain in 2000 about whether he had taken medication for his anger. I remember thinking, Let’s see how this is going to work.

There’s a Washington Post article that says your colleagues began referring to “cleverly worded, seemingly harmless but incisive” questions as “Dickersonian.” These sorts of questions are what you’re known for, but do you consider them your best interview moments? I just interviewed Mitt Romney at the Aspen Ideas Festival, and I asked him a couple of questions or a series of questions about his dad — his hero — who had been part of the Stop Goldwater movement. I like those. There’s the human side of people who are in public life that connects people. Whether it’s favorable or unfavorable, it gives them some connection with the person who’s onstage, and I think those connections are edifying.

Do you mean those connections that we feel between ourselves as humans or our politicians as humans? Both. Not everybody gets a chance to go fly around the country and spend time in places with people who aren’t like them, where, again and again, you realize we’re all generally alike.

I think that politicians, more than ever, would rather talk about whatever trivial personal connections they have than talk about policy, right? Yeah, but those questions have to be probing. They have to get at something real, and not just simply be a platform for self-­polishing. When Hillary Clinton tells the story of her mother’s grit, it all may be true, but it’s obviously self-­serving. If you can excavate new and interesting stuff from politicians that’s not a part of the freeze-­dried, prepackaged, soft-­focus propaganda that politicians put out, if you can fight past all of that and get to what you think is a true thing, then I like trying to do that.

Your colleagues say you have a healthy distance from Washington’s cocktail-­party culture. Is that in part because you were raised in it? I think I have a distance from the cocktail culture because I drink alone.

The host of “Face the Nation” on his famously tough questions, Washington’s cocktail-party culture and what it’s like to interview Donald Trump 19 times.