Jim Lehrer has passed away. 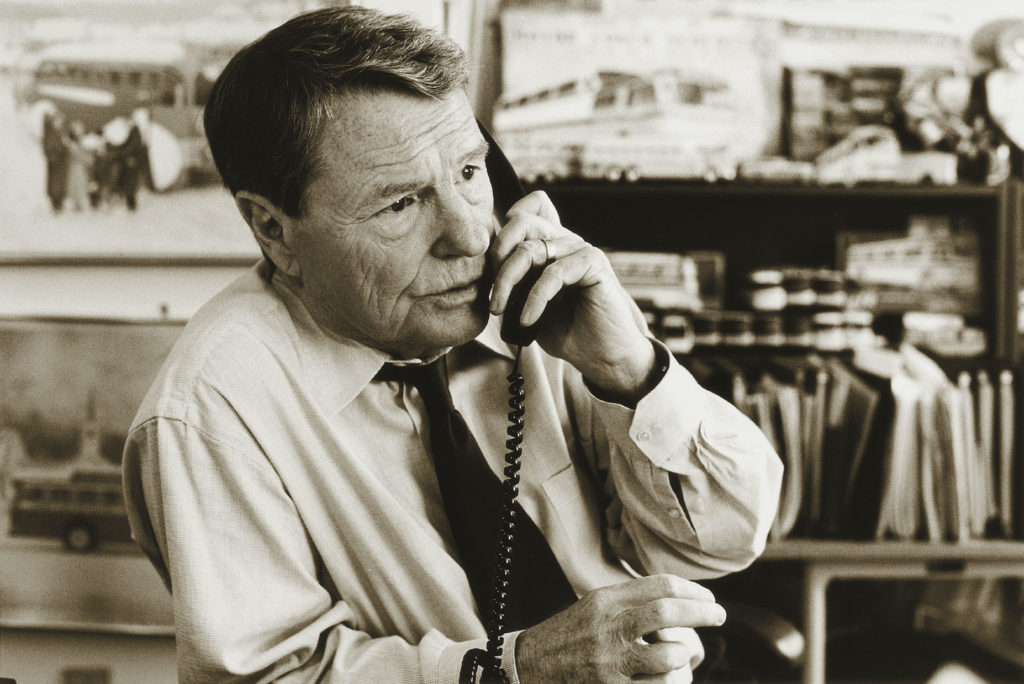 The longtime PBS newsman will be eulogized by those who knew him better, but my every interaction with him over the years left me better for it. I have thought more than once about Jim Lehrer: if you could have his talent and be that calm, decent and good a person in your interactions with other people, you’d have really accomplished something in life.

Just the other night I was watching his interview with Bill Clinton after the Starr report came out. He was direct and clear and you felt the salacious material was in good hands. He’d ask the questions that needed to be asked directly and without foolishness. (Watch his first question. He doesn’t look down, doesn’t stumble, looks the president directly in the eye and gets him on the record.)

For the last 11 years or so, I have kept a copy of a segment Lehrer did on the News Hour as a template for myself in thinking about asking basic questions during a breaking news and fast moving news event. I took out the reporter’s responses because I wanted to focus on the patient way Lehrer sought the information and how he preformed the craft.

God be with him and with his family.

The interview follows. It was about photographs of detainees being held by the Obama administration. It’s from 2009 I believe.

JIM LEHRER: First, how many photographs are there?
JIM LEHRER: Well, first of all — let me continue — what’s the word on what are actually on these photographs?
JIM LEHRER: The speculation or at least the assumption is that they’re similar to those that came from Abu Ghraib, the prison in Iraq, correct, where people were down on their hands and knees with things around — with ropes around their necks and that kind of thing, right?
JIM LEHRER: Who took the pictures? Do we know?
JIM LEHRER: And they have been in possession of the Pentagon or been — they’ve been in possession of the United States military, right?
JIM LEHRER: OK. Now, what was the argument and who made it to President Obama not to release these things or to change his position on this?
JIM LEHRER: Sure. We’ll get back to that in a minute. But the argument that this would inflame — who would be inflamed, I mean, the people that are on the ground, civilians, Afghan civilians, Iraqi civilians, Taliban? Who would be brought to danger, would bring the danger against American troops if these photographs were released, according to the argument that the president heard?
JIM LEHRER: Which, of course, is what happened when the Abu Ghraib photographs were released …. And they’re afraid of a repeat of this. All right, now, as you say, this is now in the courts. Where exactly is it in the courts? And what is the process that the president and his lawyers are now participating in?
JIM LEHRER: It’s in a federal appeals court now, correct?
JIM LEHRER: And then it could go to the U.S. — do we know when a decision will be made, when the — is there a timetable for resolving this?
JIM LEHRER: Now, the argument against the president’s position — the argument for releasing them has been made by the ACLU, the American Civil Liberties Union. In a nutshell, what is their argument?
ANOTHER THOUGHT ON THIS: Some day, if  you just do your job right and someone else sees it, you can guide how they work and the attention they try to bring and the person they hope to be, just by doing your job well in view of others.